Thomas Lang is a Toxteth born, Liverpool based singer-songwriter, best known for the jazz-tinged song The Happy Man, which spent 3 weeks in the UK top 100 singles chart in 1988. 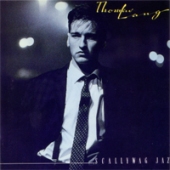 Thomas released his first album, the critically aclaimed Scallywag Jaz, on CBS in 1987. Scallywag Jaz included the singles The Happy Man, which Thomas performed on the iconic 80s show The Tube, the Gamble and Huff classic Me & Mrs Jones and a key album track in the form of the slow-burning Fingers & Thumbs, which Thomas and band performed on Channel 4’s late 80’s music show, Wired.

Tours with Suzanne Vega and Alison Moyet followed the release of Scallywag Jaz. The second Thomas Lang album was Little Moscow, released in 1990, and the final CBS release. The only single from the album was The Longest Song, whilst other album highlights included Out Of Reach and Try. 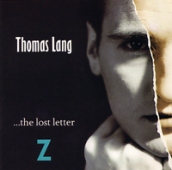 The third Thomas Lang album was The Lost Letter Z, released on the bands own Dry label in 1991. Feels So Right was the lead single from the album, and Thomas performed two tracks from The Lost Letter Z on Jools Hollands pre-Later show, The Happening.

Around this time, Thomas released a live album recorded in Japan, Live in Tokyo, featuring the full unedited set straight from the mixing desk, and featuring tracks from the first three studio albums.

Following on from some soundtrack appearances, the next studio album was Versions, released in 1996 on Paul Humphreys (OMD / Onetwo) new label, Telegraph Records. Made up, in the main, of cover versions including wonderful takes on Tom Waits San Diego Serenade and Billie Holiday’s God Bless the Child, the album was also released in Japan.

Live tours continued throughout the early 90’s, including several residencies at London’s Ronnie Scott’s and shows with the legendary Nina Simone. 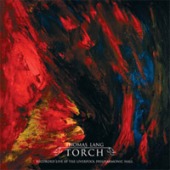 Thomas continues to play live with his band, and he recorded a version of the Hall & Oates track, August Day, which was released digitally in April 2011. A live album, Torch, was released in 2014.

Thomas is also Patron of Sahir House, a support and information centre for individuals and families living with or affected by HIV on Merseyside and he also curates an annual fund raiser in Liverpool called Celebration of Life.